Power To The People


So, you've raised your kids in a small country village of verdant New Zealand farmland. There's a school, and a church, both of which have been there for over a hundred years. There's a hall...several animals of a bovine persuasion...a long-disused pub...and that's about it. People who live there tend to stay there. It's tiny, but clearly loveable. And then it conspires that Waste Petroleum Combustion Ltd - the WPC - the owners of a waste oil treatment plant - want to relocate. Across the road from your house. A mere 80 metres from the aforementioned school and the preschool behind it. 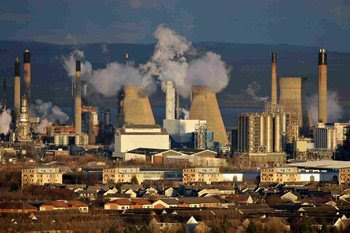 What would you do? Well, in the case of my father, he not only became president of the Kinksianly named Otaua Village Preservation Society, he went one further. He conceptualised, wrote, directed and produced (aided by the technological whizzery of my brother) a monumentally, fists-in-the-air awesome protest song and video. Now this may not be your problem. You may not care. You probably don't live in New Zealand. You might be thinking "where are the recipes and the moderately competent food photography already?"


But do me a favour and watch the video. You won't just be helping me - you'll be helping the village that I grew up in, the school I was schooled at, the church I was baptised in, the cows that eat the grass next door, the ducklings that gambol in the meadows...I apologise for the rampant sentimentality and blatant attempts to tug at your heartstrings. Just to bring us back to earth, I should probably warn you that there is a break-it-down rap segment in the middle. Anyway, the video is amazing, and stars my dad (with a cameo from me on the trumpet!) and several other neighbourhood personalities like...my brother and our cat.


All attempts at a witty sardonic tone aside, your time taken to watch this video is hugely appreciated.

"Some things I cannot change but till I try I'll never know" Elphaba, Wicked
"It's too close to home and it's too near the bone...I've seen it happen in other peoples' lives, and now it's happening in mine" Morrissey
"How many times can a man turn his head and pretend that he just doesn't see?" Bob Dylan
"I stand for the power to change" Idina Menzel
"You built a house of cards and got shocked when you saw them fall" Jack White
"The more you ignore me, the closer I get" Morrissey (he's quite the fertile hotbed for pithy quotes!)
"Moo with me" Maureen, Rent (as if I could let that one slide. She has a protest song too!)

Next time: my blog will not be masquerading as an audio-visual suite.
Posted by hungryandfrozen