As I struggled ineffectually to transfer a roasting dish of Nigella's macaroni cheese into oven, it made me think of that ecclesiastical conundrum, Could God make chilli so spicy that even He couldn't eat it? I'm not to compare Nigella to any god, but it made me chuckle, and when you're faced with roughly ten squillion kilos of macaroni cheese what else can you do?

Sunday was an intense day on many levels, as the last home game for the Wellington Phoenix happened to fall upon Rod Stewart Appreciation Day this year. It was a day of such parlour games as "pin the mole on the Rod" (awesomely organised by Anna, with medals for prizes) and listening to his many albums on repeat. I have to admit I'm not really a fan of Rod Stewart but there is definitely plenty of scope for appreciation. The eternal blonde hair. The boundless fertility. The early pout, which became the latter-day leathery smirk. The ludicrous lyrics for You're In My Heart. The weird chest-swelling feeling you get in spite of yourself during Rhythm of my Heart. The actual fabulousness of Stay With Me, technically a Faces song, so. The leopard print...apparel.

So if a whole bunch of people are descending upon you for soft-rock and pre-football cheer and you've insisted on catering, there's not many other options but to provide kilos of macaroni cheese, Nigella-style. 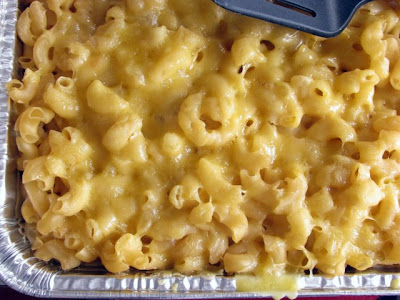 Three days later, I'm still too full to even think about it for a good long time. I'm so full I can't even deal with typing out the recipe from Nigella Christmas. Just think of any decent macaroni cheese recipe you know and then increase the ingredients TENFOLD. (It did taste so, so very good by the way, or at least I thought so.)


Perhaps all the dairy products went to my head or something but I found myself making cupcakes at 10:00pm the night before then rising early the next day to ice them with Rod Stewart's official tartan. Or at least as close as my collection of food colouring could get to it. 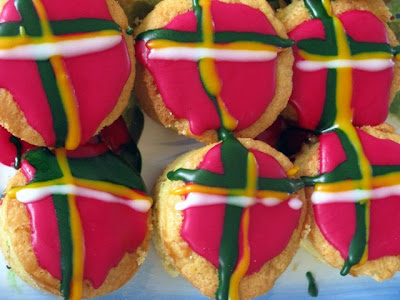 Yes, it's electric pink instead of red but...I feel like it's what Rod would have wanted. While I was at it I thought I might as well ice the rest of the cupcakes in homage to the mighty Wellington Phoenix (or "The Pheen" as they are known...in my head.) 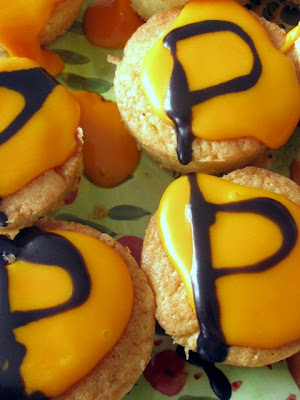 Okay, simplistic, but what were you expecting? A sensitive and detailed buttercream rendering of the Phoenix crest? A lovingly crafted sculpture of Ricki Herbert's head made from marzipan? Maybe if they win the league.


Unfortunately everyone left before I got to bring out the pudding...which means we've still got an entire girdlebuster pie and ice cream cake sitting in the freezer, awkwardly untouched. In fairness to everyone attending the day was about Rod Steward and the Phoenix, not my ability to make pie for people, PLUS with the macaroni cheese and everything else we ate in the morning (the spread was bolstered by people bringing in fruit, bagels, chicken, buns etc) thoughts of eating even more were most likely the last thing on peoples' minds. This evening Tim and I finally busted into the ice cream cake, which was amazingly good and perhaps even nicer being eaten with the knowledge that we didn't have to share it with anyone else. 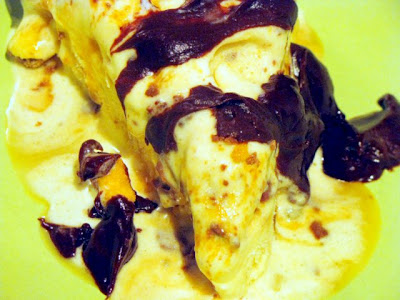 Please excuse my actually rubbish photo! It was dark and the subject was melting. My peace offering is a recipe for the Peanut Butter Sauce poured over the ice cream cake - you may think that Nigella kind of goes on about it but a mere spoonful of this will assure you that she speaks the truth. And then some.

Tip the ingredients into a pan and gently melt together over a low heat, stirring occasionally. I used a mini whisk to move it about. It might look a little grainy and non-cohesive at first but if you keep it warm and stir it frequently you will end up with a thick, glossy pool of sauce. Sauce that tastes incredible.

Incidentally, it hardens up when left in the fridge and can be turned back into sauce by sitting the container in a bowl of hot water for a while. But once solidified, it can be eaten by the spoonful and tastes like some kind of ridiculous Reeses Cup-style peanut butter chocolate truffle...I can't see it lasting now that we've started it. And I guess I could always just keep the Girdlebuster Pie in the freezer till next year's festivities?

In a very happy end to the day, the Pheen won against the Newcastle Jets, making it their 19th consecutive unbeaten game at the stadium and putting them that much closer to the finals. By the game's thrilling conclusion I was almost teary eyed, but whether it was the game or the missed opportunity to eat Girdlebuster Pie is anyone's guess. It may have also had something to do with the fact that the young offspring of various Phoenix team members ran onto the field to find their respective parents, and while I always think children are like horses, best admired from a distance and looked after by someone else, it was heart-into-puddle adorable. A draw forced the game into excruciating overtime but the Phoenix scoring two goals in swift succession made it one of the more exciting sports events I've seen in my entire life, I know that's not saying much. But it's true.
______________________________________________________

Freedom 90' by George Michael from his album Listen Without Prejudice Vol 1. I am truly not a fan of George Michael's music at all but this song is exempt from anything: it is amazing. The jingle-jangle piano is intoxicating. If someone could make me a mixtape of every song from the 90s featuring that piano sound I would love them forever. (I know for one there's a Primal Scream song that would make a good starter for this project)

I Ran (sang here by Manoel Felciano) from LaChiusa's intriguing Little Fish, a musical about quitting smoking but also about the larger things in life around it... I am more or less obsessed with the cast recording but especially with this song. If you can find and listen to Gavin Creel singing this then you are doing well.

Next time: I have Friday off work (time in lieu for working at Homegrown on a Saturday) so I'm looking forward to sleeping in and going for a leisurely morning blog. A while back I made this chocolate cake recipe from the Spaghetti Twists blog that was so fantastic that I'm going to share it with you all...maybe by that stage we will have finished the macaroni cheese leftovers in the fridge. Maybe. Don't get me wrong, I love leftovers. It's just that this macaroni cheese seems to be regenerating itself or something.

Oh yeah! And if you are a New Zealander, I totally recommend that you buy this month's CLEO magazine, because I'm in it! For this blog! (Can't imagine why else I'd be there) There's also the rather fantastic Chloe Sevigny on the front plus a Bachelors calendar that comes recommended by my mum AND my Nana.
Posted by hungryandfrozen